This is a compilation of blogs from our current and past volunteers. These will help provide an objective glimpse of what it is like to volunteer here. None of these blogs have been edited by Izizwe Projects staff, and do not necessarily reflect the thoughts of the organization. 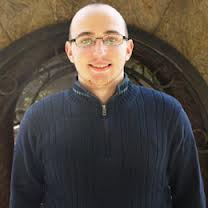 Dylan has been volunteering with Izizwe Projects since January 15th and will be here until April 10th. He just graduated from St. John’s University (NY) with a Bachelor’s degree in History and Philosophy. He was formerly a freelance writer for the New York Daily News and a tutor with his university’s Writing Center. He also previously interned with the William J. Clinton Foundation. After his stint with Izizwe, he will be a Fulbright ETA in Indonesia. He hopes to go to law school.

Jasmin with Kaylen, a holiday programme attendee and one of Mama Iris’ pupils!

Jasmin has been volunteering with Izizwe Projects since October and will be there until September. After graduating school, she came to South Africa with the German program called “weltwärts”. It’s a development volunteers service of the Federal Ministry. It is about improving intercultural understanding and nurture the next generation in the field of development. Young people will have the chance to actively explore development issues for the future. In addition to improving their knowledge of foreign languages, the volunteers will acquire intercultural skills, which are very valuable assets in an increasingly globalized working environment.

After working almost a year for Izizwe, she will go back to Germany and start studying. Jasmin is interested in working for a NPO or would love to become a Journalist after finishing her Studies.